The fonts collector is an automated tool that finds all fonts used in the current script, scans your system's fonts folder(s) and copies all the relevant fonts to a destination of your choosing. The dialog box looks like so: 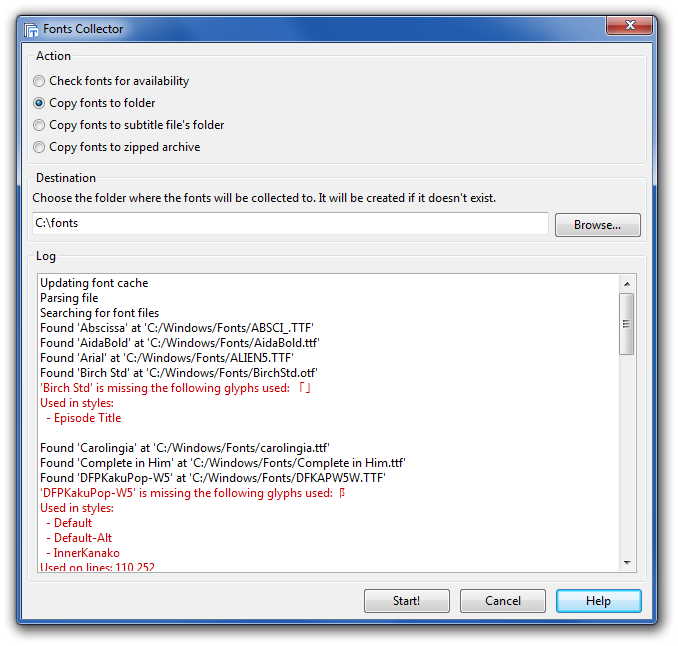 The collector can perform any of the following actions:

The fonts collector will output diagnostic information about its doings in the lower half of the window.