Screenshots need to be updated

A video tutorial for this feature is available at the tutorials section. 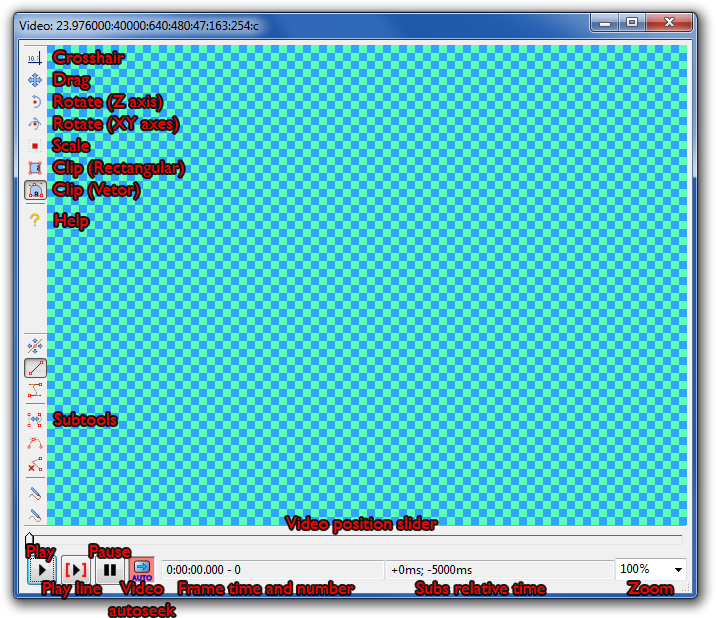 Play the video and, starting at the currently displayed frame. See Video for comments on playing video in Aegisub.

Play the video starting at the first frame of the currently active line, stopping at the end of the line.

Toggles automatic seeking of the video to the first frame of a line whenever a new line is selected.

Displays the current frame number and the start time of the frame. If the currently displayed frame is a keyframe, this box has a green background.

Displays the time to the start and end time of the active subtitle line. This is mostly useful for override tags which take relative times, such as \t and \fad.

You can right click to bring a context menu with other options: 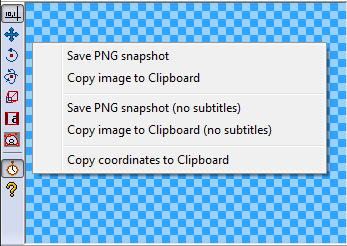 This is the standard mode. Hovering the mouse over the video will show the script coordinates under the cursor, as well as a crosshair indicating the exact point that you are looking at. Holding down shift will make it instead show the distance from the bottom-right corner. Double clicking a point will position the current line (using the \pos tag) on that position. If alt is held down while double-clicking, all other selected lines will be shifted by the same distance as the active line, including lines not visible on the current frame. 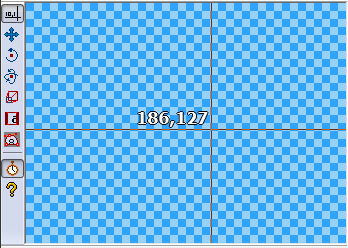 The drag tool has two modes. You can toggle between them by clicking the button on the auxiliary visual typesetting bar. 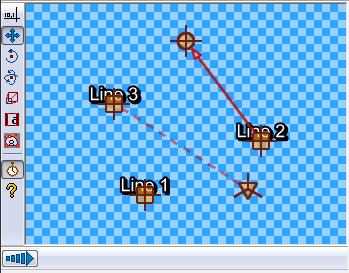 On the positioning mode, you can simply click-and-drag subtitles across the video surface by dragging their anchor (the square). They will be positioned where you release them with the \pos command.

If your line has an origin point specified, you will see a third anchor, represented by a triangle, connected to the square anchor by a dotted line. You can also drag this to affect the origin position. This same anchor will be visible in the two rotation tools.

If shift is held down while dragging an anchor, the drag will be limited to only altering the X or Y coordinate of the anchor (whichever would be changed more).

Multiple anchors can be selected at once by holding down ctrl and clicking on the anchors which you want to add or remove from the selection. All selected anchors are moved when one is dragged.

On this mode, you will see a circle centered around the subtitle's pivot (either it's position, or the origin point, if defined). The circle is surrounded by 6 arcs that help mark and measure angles. 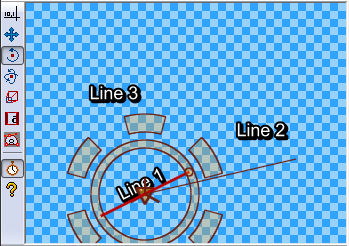 There are two functionalities in this mode. You can either drag the origin point (the triangle at the center of the circle) to move it (and insert a \org tag, if none exists), or you can click and drag anywhere else to rotate the line.

You will notice that there is a line connecting the center of the circle to the mouse cursor. When you click and drag, the subtitle line rotate following that line, that is, you must rotate the cursor around the center to rotate the line. Just release the mouse to finish positioning. You can also use the ctrl key to limit the rotation to increments of 30 degrees.

If the origin is far from the center, you will see a little helper line indicating where the center of the subtitles will be positioned as you rotate it.

If multiple lines are selected, all selected lines are set to the new rotation (and not rotated relative to each other as in the drag and crosshair tools). 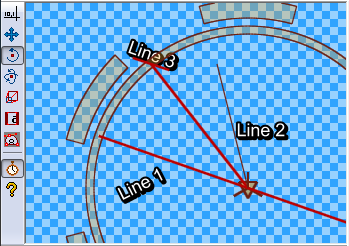 This mode is somewhat similar to the previous mode, although there are a few important differences. Since this rotates on the two screen axes, the rotation is three-dimensional, and therefore harder to visualize.

In order to make this easier, there is a grid representing the plane in which the subtitles lie, and you rotate that grid. There are also three arrows pointing from the center, indicating the direction and orientation of the three axes. 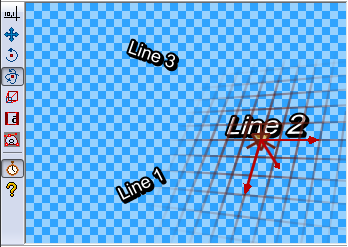 If multiple lines are selected, all selected lines are set to the new rotation (and not rotated relative to each other as in the drag and crosshair tools).

As with the Z rotation tool, you can also drag the origin anchor here.

This is the simplest tool, and allows you to scale subtitles on the X and Y axes. It will show one bar for each axis, showing not only the 100% size, but also the current scale. 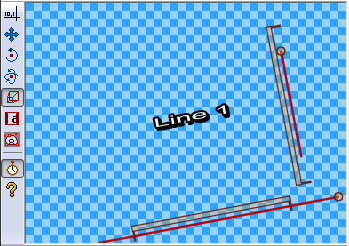 The rectangular clip tool allows you to clip the subtitles so that nothing OUTSIDE an axis-aligned rectangle can be displayed (in essence, the \clip(x1,y1,x2,y2) tag). 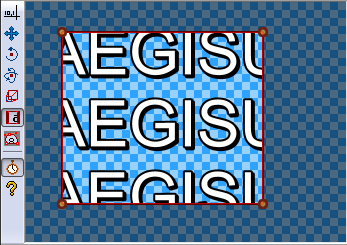 There are two ways to use this tool. You can either click and grab one of the four vertices of the rectangle, to resize an already-existing clip, or you can click-and-drag in empty space to create a new rectangle from scratch. The areas that will be invisible will be darkened.

Similarly to the last tool, the vectorial clip tool allows you to draw an area, so that nothing outside it will be rendered. The difference, however, is that this area can have any arbitrary shape defined by a path of lines and bézier curves. 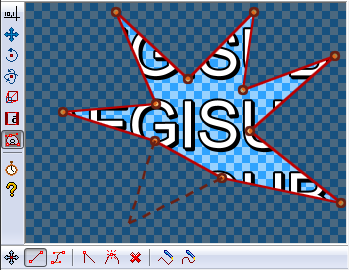 This mode has 8 sub-tools: